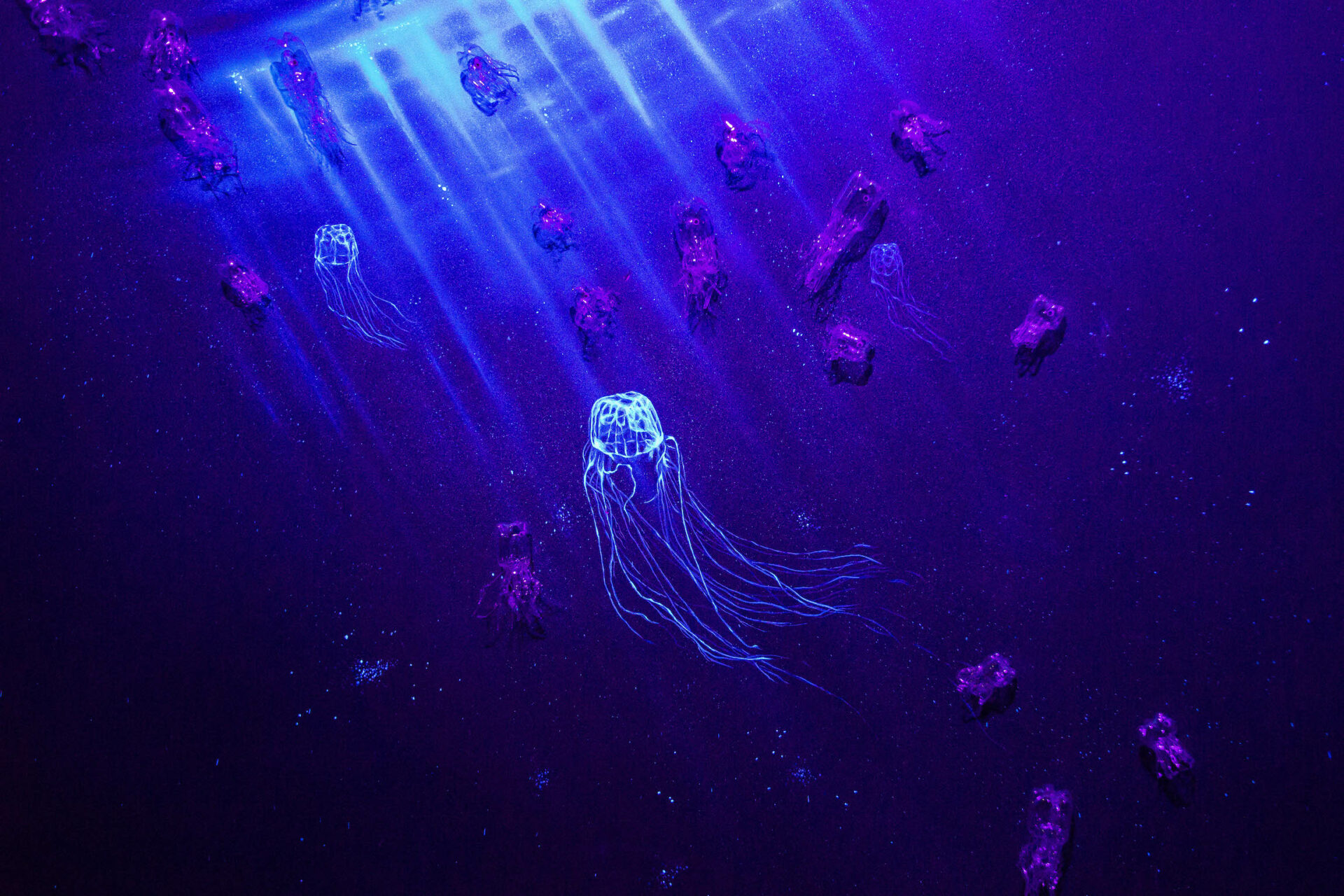 Journey into the deep sea

From Samoa to Alaska

‘The Journey’ has been thrilling visitors to the Klimahaus Bremerhaven 8° Ost for an entire decade. The voyage begins in Bremerhaven. From here, the visitors’ itinerary continues along the 8th degree of longitude, sweeping them off to Switzerland, Sardinia, Cameroon and back via Antarctica, Samoa, Alaska and the North German Hallig islands. But how do you actually get to Alaska from Samoa? That’s right…We plunge into the remotest reaches of the sea, ending up on the Alaskan coast with a powerful flap of the whales’ fins. The deep-sea tunnel becomes an immersive underwater experience along the way.

The creatures of the deep sea

In 2019, we created a design- and media-enhanced spatial experience for the Klimahaus’s permanent exhibition, in which light and sound react to the visitors.

The narrow tunnel extends darkly and mysteriously into the distance. Underwater sounds, spherical sounds and distant whale songs fill the space. On the black walls, the shadowy silhouettes of deep-sea creatures can be detected to the left and right. However, only the moving black-light spotlights and refractions of light truly awaken them to life: A giant octopus emerges – at first, just its tentacle with powerful suction cups, then its whole body. Other fascinating fish, such as the devil fisherman or the diaphus, jellyfish, sharks and dolphins emerge from the darkness. But there is light! As we edge closer and closer to the surface of the water, the whale songs grow increasingly clear. With the crashing waves, we reach Alaska. 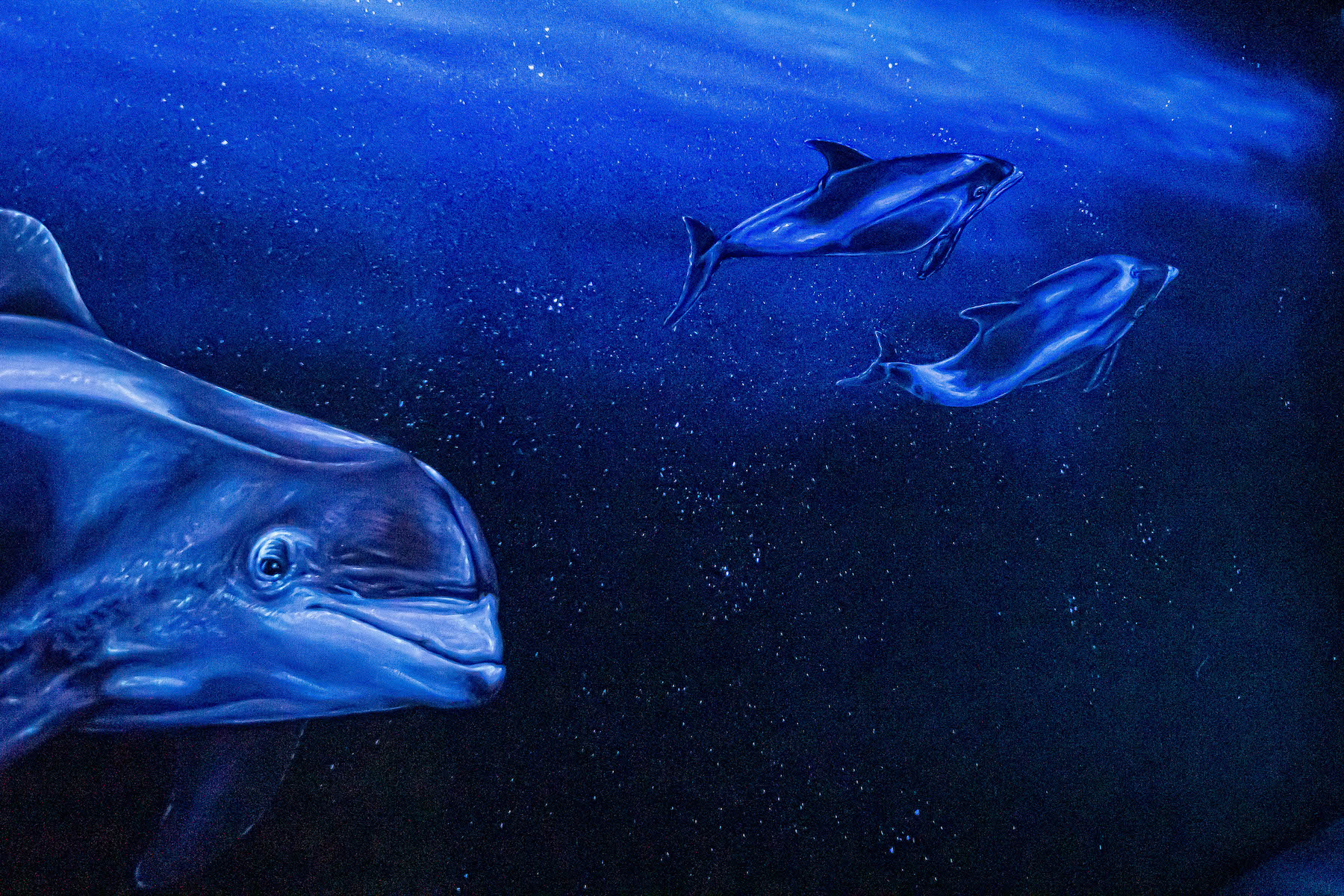 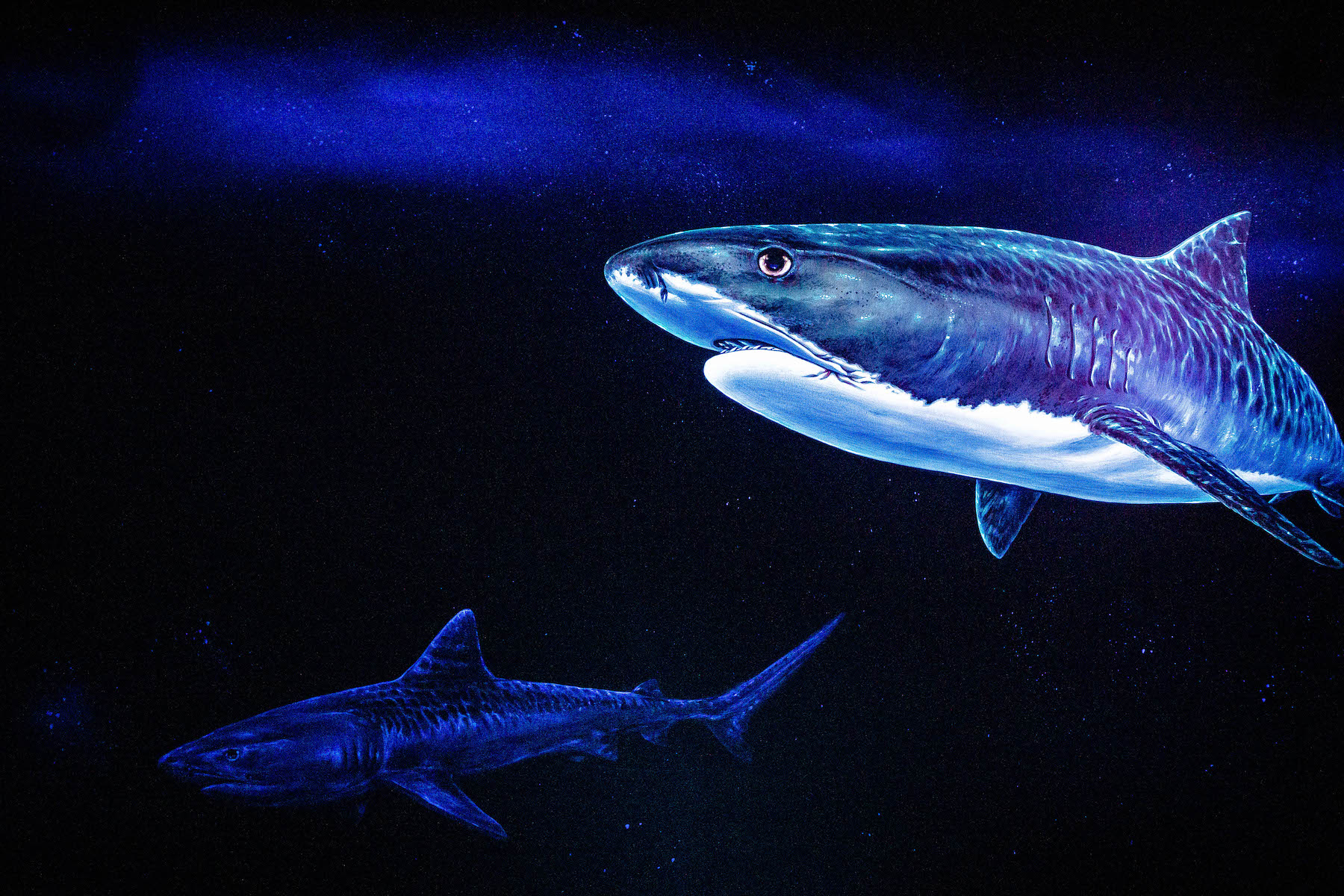 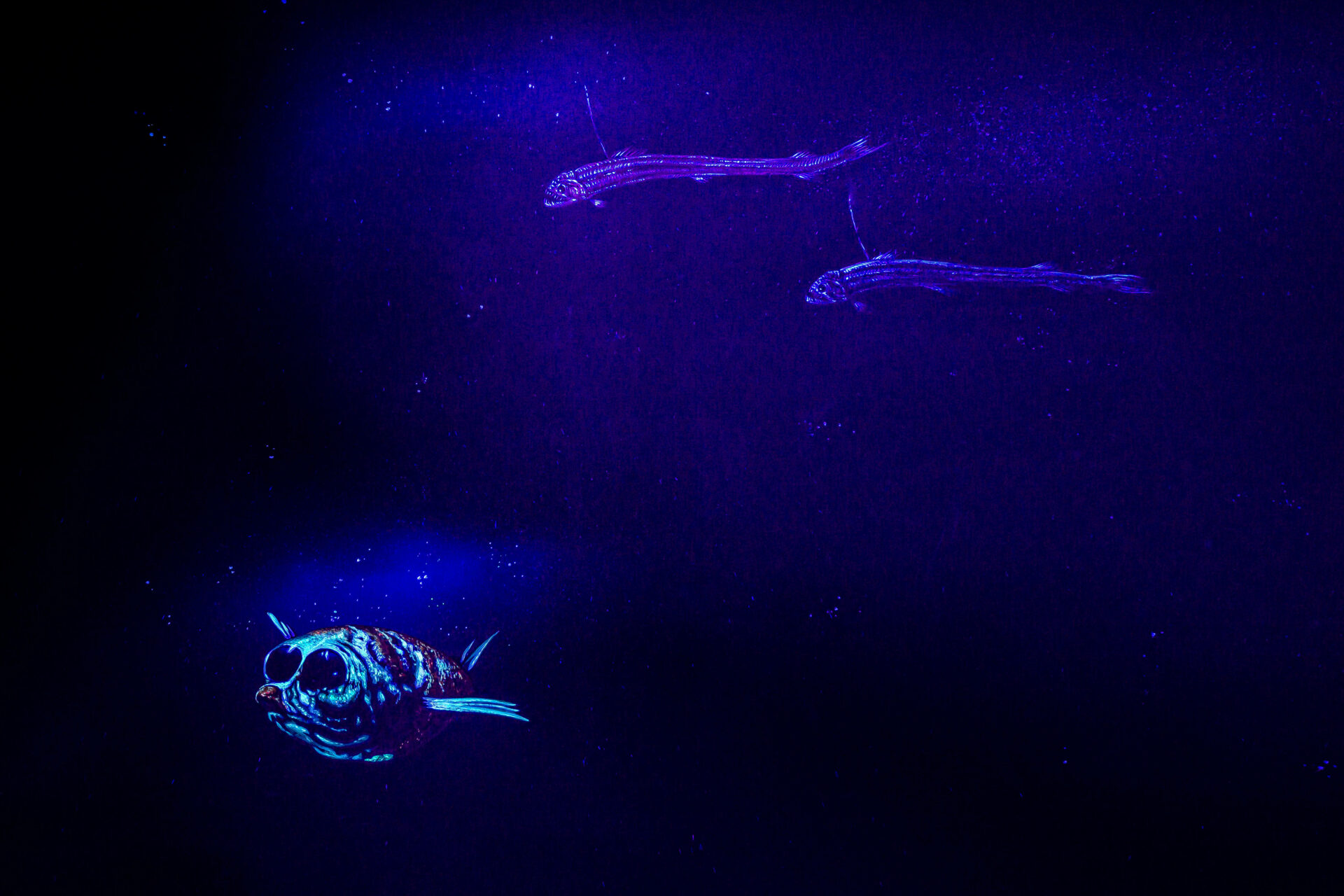 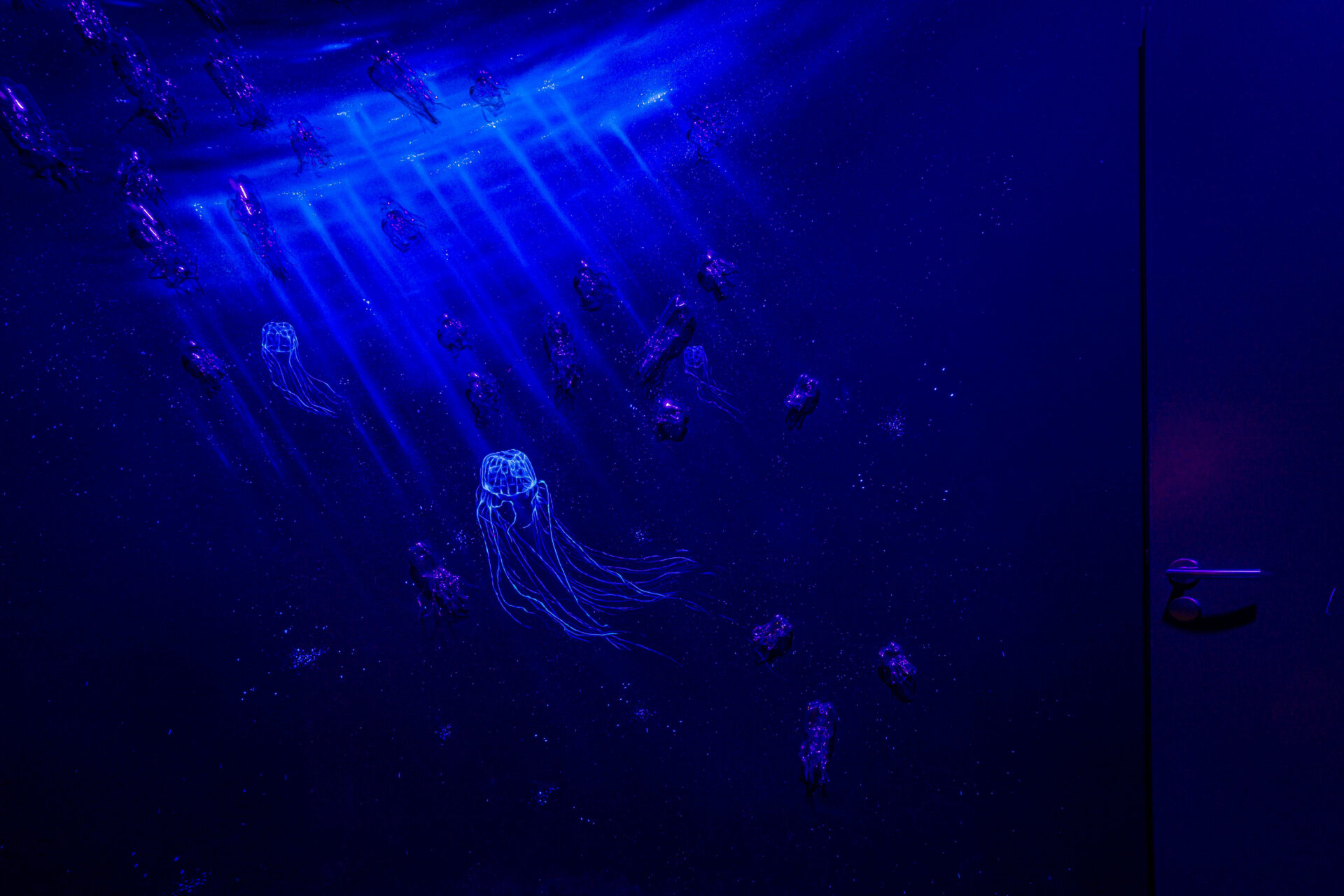 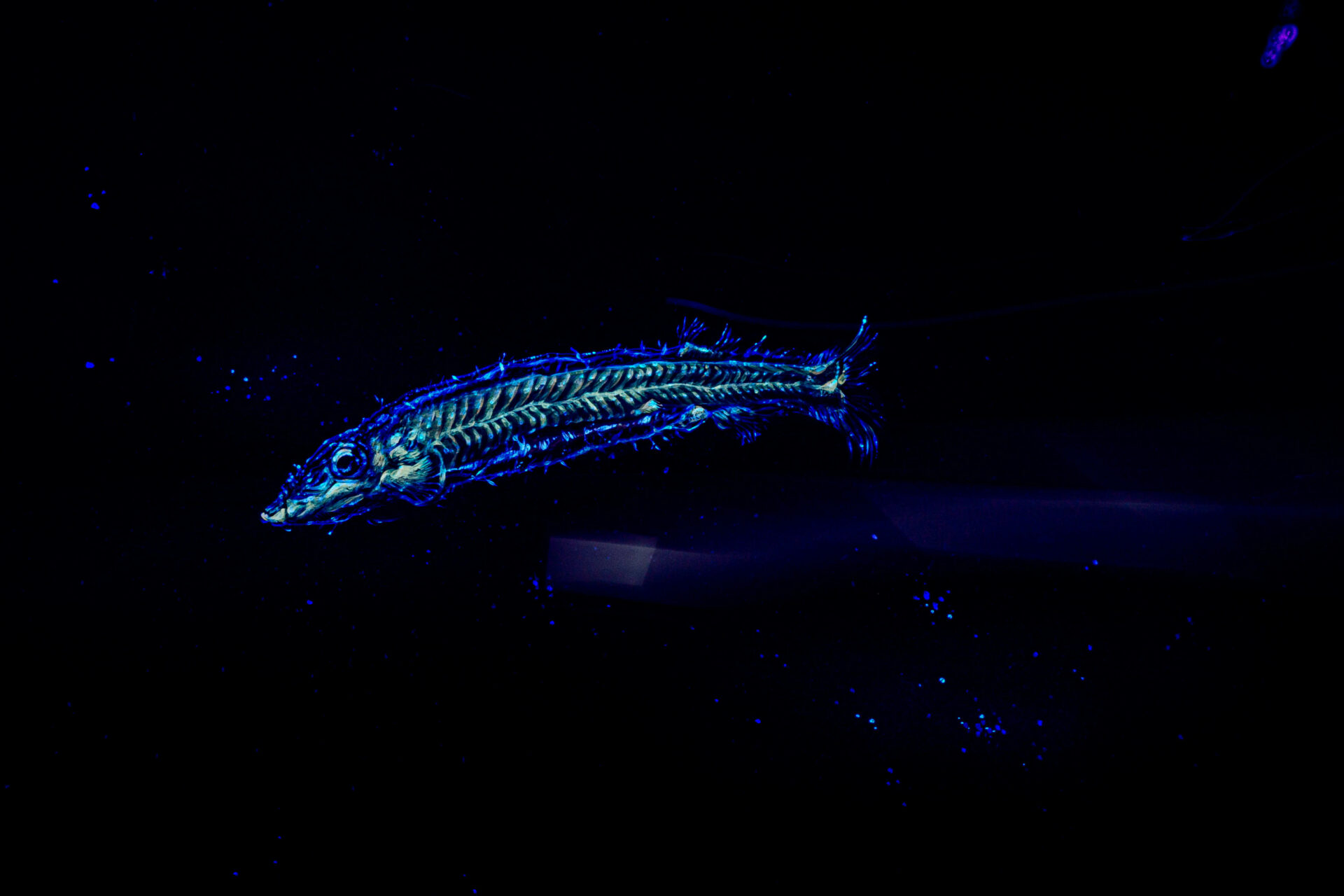 Light and sound bring the fascinating underwater creatures of the deep sea to life.